As I’ve noted before, tuberculosis is disappearing from the United States — which means that the bulk of cutting-edge research in TB (both clinical and basic science) has little relevance to US-based practitioners.

But over in NEJM, a much-anticipated TB study is published today that is highly relevant:

We conducted an open-label, randomized noninferiority trial comparing 3 months of directly observed once-weekly therapy with rifapentine (900 mg) plus isoniazid (900 mg) (combination-therapy group) with 9 months of self-administered daily isoniazid (300 mg) (isoniazid-only group) in subjects at high risk for tuberculosis. Subjects were enrolled from the United States, Canada, Brazil, and Spain … Tuberculosis developed in 7 of 3986 subjects in the combination-therapy group (cumulative rate, 0.19%) and in 15 of 3745 subjects in the isoniazid-only group (cumulative rate, 0.43%), for a difference of 0.24 percentage points.

Just how relevant is this study? 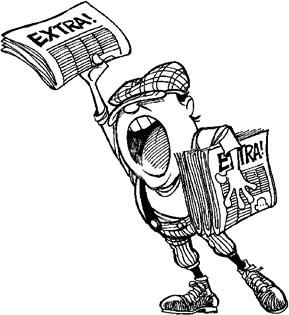 At the risk of over sharing, I would have been eligible to participate: Back in medical school, I cared for an elderly man with cough, weight loss, and lung cancer — only he didn’t have lung cancer, he had TB (oops). My next TB skin test was positive when I started internship, and I was advised to take 9 months of preventive therapy with INH.

Only I didn’t — not initially. For whatever reason, I  somehow deluded myself into thinking it was a false-positive (just a little redness … right) and continued blithely on this path through both residency and ID fellowship.

Only when I became an actual ID specialist did it finally click. Needing another skin test before starting my job, I could no longer ignore the 15 mm welt on my arm. Nor could I bear the thought of harming my patients, never mind the painful irony and public health nightmare that would ensue if an ID specialist got active TB — headline: “ID Doc Infects Dozens; Ignored Advice He Gave Others.”

I finally took the INH. Oh, and it was no big deal.

But if I had the choice back then of 12 doses, taken once a week? Somehow this seems just so much easier, and I suspect I would have accepted treatment sooner had this option been available.

And as this short-course regimen enters formal treatment guidelines, I have a hunch it will be widely adopted — without the recommended directly observed component.