The Costs of Being a Doctor

I start this article with a disclaimer: I am not here to comment on the decreasing salaries of physicians or the knowledge that I will never get paid the way the prior generation of doctors got paid. It is hard for me (and the American public) to feel bad for anybody making more than $200K a year when the median household income is in the mid-$40K range. What this article is about is the absurd costs of becoming a doctor (both in medical school and residency)! Let me tell you my story to put things in perspective:

I went to a state undergraduate university and, thankfully, left that school with no debt. I then entered a public medical school, with no way of paying the tuition on my own. I faced the decision of taking out loans or dropping medicine and doing something else. I stuck with it — like many of my colleagues — because I could not imagine NOT being a doctor… and honestly, I was naive about the financial hardships I would undergo.  I lived at home for 2 of the 4 years of med school, was single for 3 of those 4 years, had no kids, and had amazing parents that subsidized my living arrangement with home cooked meals and car insurance payments. Despite that, at the end of my med school education, I had acquired $180,000 in loans (close to the national average), almost all of them with an interest rate of 6.8%. To put that into perspective: My monthly interest accrual was ~$1020 a month, and good old Aunty Sallie would capitalize the interest into the principal at the end of every year! Then came residency. Finally a salary of my own… or so I thought. The average resident’s salary starts between $40K and $50K a year. At 70 to 80 hours a week of work, that comes out to $9.50 to $12 an hour. Most residencies prohibit moonlighting (for reasons beyond my comprehension), so the money you get from your institution is the ONLY money you get.

This is the thing… I was better off than many residents. I had parents who gave me money when I was short and paid my EZPass bills. I went to a public undergrad school(many people I know have debts in the $350K range when starting residency). I never had any large unexpected costs during my training (e.g., medical bills, big car bills/accidents). For much of my training, I was not yet a parent. Residency sucks… and not just because of the intensity of the training and the stress of trying your best to become a decent physician.

This article is not over yet. The real impetus for me to write this has to do with the loads of money I recently dumped to fulfill the next step of my “training.” What many people outside of medicine might not know about are the enormous costs of tests/licensing that doctors are REQUIRED to complete/obtain/maintain to practice medicine. USMLE Step 1,2,3 tests cost about $2200. The American Board of Internal Medicine exam costs about $1200, and the American Academy of Pediatrics board exam costs a whopping $2250. Most residents spend about $1000 to $2000 on prep courses and materials for each of these exams WHILE IN residency.  And then, there is licensing: NJ state license is about $1100, the DEA/CDS licenses cost another $760, and there are others, depending on your practice. All of this occurs BEFORE you make ‘doctor money,’ all while your student loans continue to grow. 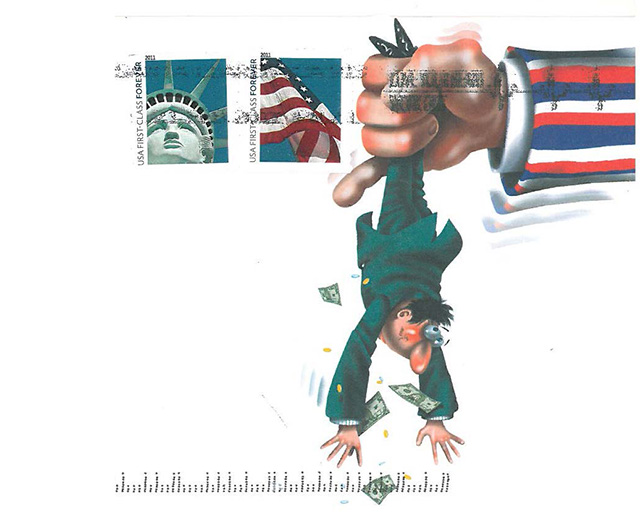 My concern is not for my own misery…. that time has passed. My concern has to do with the next generation of physicians who have already started pre-med tracks in their undergrad colleges.  What type of candidates will medicine attract when the associated costs of becoming a doctor are no longer the extreme intellectual rigor and high academic expectations of the training… but instead, financial suffering?  To put it in plain English… Who in their right mind would do this when you know you are putting yourself, and potentially your family, in great financial peril?

My inner optimist tells me that there will always be a group of highly motivated people who will bear the difficulties, because the goal is lofty and righteous enough to keep their eyes on the prize. But what are we saying as a society when we make an education in healing so difficult to attain?

78 Responses to “The Costs of Being a Doctor”